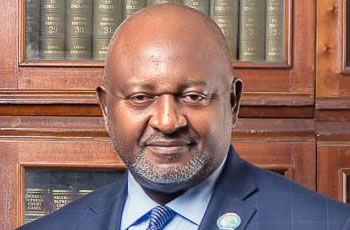 Onueze Chukwujinka Joe Okocha, MFR, SAN, JP, DSSRS is the Founder and Managing Solicitor of the Law Firm of OKOCHA & OKOCHA. He is a former Attorney-General and Commissioner of Justice of Rivers State, a Past President of the Nigerian Bar Association, a Life Member of the Honourable Body of Benchers (the highest body of excellence in the Legal Profession in Nigeria, which is charged with the statutory responsibility of admitting Lawyers to the Nigerian Bar), a former member of the National Judicial Council (NJC) from 2010 to 2014, and was the Chairman of the Council of Legal Education from 2012 to 2016, among numerous other professional appointments.

He was awarded the distinguished National Honour of Member of the Order of the Federal Republic of Nigeria (MFR) in 2004.

He was called to the Bar in Nigeria in 1978, and was conferred with the rank of Senior Advocate of Nigeria (SAN) in 1995.

In his spare time, he enjoys travelling and watching movies.